My cousin is an animal lover.  And that includes all animals.  Last weekend she and her husband were heading to the supermarket in Jacksonville, Florida when she noticed a “dead” opossum lying in the neighborhood road.  An hour later they returned and as they drove past him lying in the road she said, “stop!”  She got out to check on him and saw that he was alive but had a broken leg. She was so angry and worried since he had been lying there for hours in the summer heat and no one else seemed concerned.  What kind of people are my neighbors, she thought?

As she was examining him a nearby neighbor came outside and they decided that he needed to be taken to a sanctuary or rehabilitation facility that specialized in wild animals. She located a facility that could take him, but it was a two-hour drive.  They bundled him up, placed him in her cat carrier and her neighbor offered to make the trip and dropped him off at the animal rescue.

Just an opossum, you might think?!  Eww! That thing probably has rabies!

Well, opossums “play” dead to fool their predators and sometimes drool during this charade. Because of this, many people fear they are rabid.  In fact, opossums are rarely known to contract rabies and are even less likely to pass it on to other organisms they contact. Their low body temperature (which inhibits virus growth) and natural anti-poisons they carry (they are immune to snake bites, bee stings, etc.) is believed to contribute to this ability.

There are many misconceptions about the common opossum.  Did you know?  The males have bi-fricated (forked) penises. It was once thought that the reason for this physical feature was that they bred with the female's nose. It was thought that once the babies were born, the mother would sneeze the babies into her pouch. This is not true. They (the only native marsupial to North America) breed much like other mammals.

Opossums reproduce twice a year. Once mating is done, the male (called a jack) leaves and does not return. After a gestation of just 12 to 13 days, female opossums, called jills, give birth to up to 20 live young at a time.

The babies, called joeys, are about the size of jellybeans when they are born. They immediately crawl into the mother's pouch to continue developing. Even as the joeys grow older, the mother will still carry them on her back wherever she goes. They stay with their mother for about 100 days. Typically, most of the joeys do not survive. Those that survive live for one to two years. 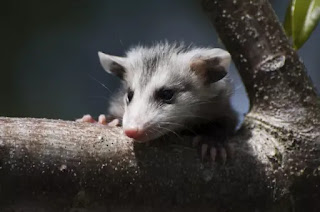 The opossum is a valuable member of the Florida ecosystem and a living creature who was in pain and suffering in the heat.  The great news is that he is going to be alright—yay!  Many thanks to the Wildlife Rescue Coalition of Northeast Florida, my cousin, and her thoughtful neighbor.   Kudos gurus!

What does a Moose say?

Visiting Alaska was on my bucket list. My children gave me a trip in March of 2020 and my daughter accompanied me.  We went on several snowshoe adventures together and were able to see the Alaskan Moose in the wild.  Our last outing was especially memorable. We saw fresh moose droppings (they look like a pecan in a shell) just a few yards into the hike.  We were eager to see the moose—from a safe distance. 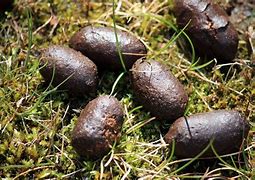 We continued through the snow, which was chest and armpit deep in many places, spotting long troughs going across the trail. These were moose tracks!  The moose that had made them was SO tall that its belly had not disturbed the snow between the long channels where its legs had plowed through. That meant that the moose’s belly was over 4 ½ feet high!  That is huge!  We were familiar with our moose in Colorado, and knew the Alaskan Moose was known to be enormous.

Nearly a quarter of a mile later—there she was!  A gorgeous female moose grazing on the trees. We stopped, stayed on the trail, spoke softly to her, and took some photos.  Not wanting to disturb her, we went on our way and talked about how fabulous it was to meet her in the wild. 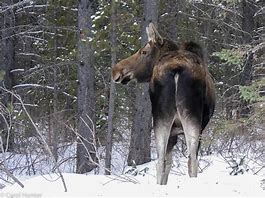 On our return hike back to the car we saw her tracks criss-crossing through the snowy forest.  Just as we were talking about seeing her, we heard a noise—Mook!  It was her. She was saying goodbye in moose language.  What a gift! Now we know what a moose really says.  Mooooooook!

Why is this Pen so Special to me? 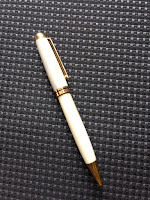 My family has a tradition of hunting every spring—for shed. Shed is the antlers that drop from the local mule deer bucks every spring. They are usually found first by small rodents who gnaw on them for the calcium and minerals and to sharpen their teeth.

One spring day I was walking my son’s beagle mix in my neighborhood. I spotted movement to my right up a small hill in the forest. There he was. A one-antlered buck was concentrating on something in front of him and did not notice we were watching him. Abruptly he snorted, sprinted forward, and tossed his head into the air under a low hanging pine tree branch. Smack! And Wow!  He sprinted away and we walked over to see what he had been doing to make such noise.  What we found was an antler complete with small dots of blood where it had been attached to his skull.  As the blood supply to their antlers diminishes, the skin underneath begins to itch. This triggers the deer to rub their antlers on trees to rid themselves of the old set. This deer had taken a more drastic action and I got to witness it!  I always knew that they shed their antlers every year and we were always excited to find one or two in the wild. This time, however, I witnessed it falling. What a gift.

Fast forward several months. My father-in-law had purchased a pen-making kit and was enjoying his new hobby. He first mastered wooden pens and then wanted to branch out to make antler pens.  Before the holidays he asked us to buy or find some antlers for him to use. Well, I had an antler for him!  I gave him my antler and told him the story of witnessing it being shed.  When I opened my Christmas gift from him there it was!  He made me a pen from my very special antler. 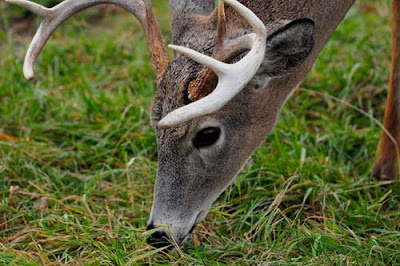 Llama or Alpaca, how can you know?

Lately, I have seen many photos of llamas and alpacas in social media. However, no one seems to know how to tell them apart unless they own one. Although a native of South America, there are many Camelids living near me so I thought I would share their differences and similarities so we can all learn together....

Firstly, the ears!  Llama ears are large and banana-shaped (please do not make fun of them, banana brain and plaintain brain are llama bullying), while alpaca ears are small and spear-shaped.
Secondly, their size. Like their ears, llamas are twice the size of alpacas at maturity.
Thirdly, their fur.. Alpaca fur is considered superior and a much more fine fiber.
Fourthly, do they spit or bite?  They DO spit, but rarely. Mostly the males when they are upset and they direct it at younger males. They are both very gentle herbivores with three chambered stomachs and they graze and ruminate (requiring about 1/3 acre to live healthily).
Fifthly (is that even a word?), what about poop? A herd of llamas and/or alpacas (they live together well) will determine the "poop zone" in their enclosure and ALL the animals will use that area to relieve themselves. A very neat and organized camelid society.
And finally, what sound do they make, if any? Do YOU know?  Well, they hum! I guess they forgot the words--haha.  It is a subtle noise they make similar to cat purring and no one has determined why. However, they have distinguishable different humming sounds that they speak to each other--their language!
Alpacas can become sick or die of loneliness. They are herd animals and need a fellow creature to be happy. Except for being very wary of canines, they get along well with other animals.
Can you ride one?  Alpacas and Llamas can safely carry 1/4 of their body weight, so only children could ride one. If using them for pack animals, the owner must be very aware of their weight restrictions--yee haw!